He was born in Granville Summit, Pennsylvania to parents Philip J. Packard and Mabel Case Packard. Between 1920-32 he attended local public schools in State College, Pennsylvania where his father managed a farm owned by the Pennsylvania State College (later Penn State University). In 1932 he entered Penn State, majoring in English. He graduated in 1936, and worked briefly for the local newspaper, the Centre Daily Times. He earned his master's degree at the Columbia University Graduate School of Journalism in 1937. That year, he joined the Boston Daily Record as a staff reporter and a year later, he married Virginia Matthews.

About 1940, he became a reporter for the Associated Press and in 1942, joined the staff of American magazine as a section editor, later becoming a staff writer. American closed in July, 1956, and Packard moved over to Collier's where he worked as a writer. Collier's, too, closed by the end of 1956, allowing Packard to devote his full attention to writing books. In 1957, The Hidden Persuaders was published and received national attention. The book launched Packard's career as a social critic and full-time lecturer and book author. In 1961 he was named a Distinguished Alumnus of Penn State University. He died in 1996 at the Martha's Vineyard Hospital in Massachusetts.

In The Hidden Persuaders, first published in 1957, Packard explores the use of consumer motivational research and other psychological techniques, including depth psychology and subliminal tactics, by advertisers to manipulate expectations and induce desire for products, particularly in the American postwar era. It also explores the manipulative techniques of promoting politicians to the electorate. The book questions the morality of using these techniques.

* 1946 How to Pick a Mate - a guide co-authored with the head of the Penn State marriage counseling service
* 1950 Animal IQ - a popular paperback on animal intelligence
* 1957 The Hidden Persuaders - on the advertising industry - the first of a popular series of books on sociology topics (ISBN 0-671-53149-2)
* 1959 The Status Seekers - describing American social stratification and behavior
* 1960 The Waste Makers - criticizes planned obsolescence describing the impact of American productivity, especially on the national character
* 1962 The Pyramid Climbers - describes the changing impact of American enterprise on managers, the structured lives of corporate executives and the conformity they need to advance in the hierarchy
* 1964 The Naked Society - on the threats to privacy posed by new technologies such as computerized filing, modern surveillance techniques and methods for influencing human behavior
* 1968 The Sexual Wilderness - on the sexual revolution of the 1960s and changes in male-female relationships
* 1972 A Nation of Strangers - about the attrition of communal structure through frequent geographical transfers of corporate executives
* 1977 The People Shapers - on the use of psychological & biological testing and experimentation to manipulate human behavior
* 1983 Our Endangered Children - discusses growing up in a changing world, warning that American preoccupation with money, power, status, and sex, ignored the needs of future generations
* 1989 The Ultra Rich: How Much Is Too Much? - examines the lives of thirty American multimillionaires and their extravagances. 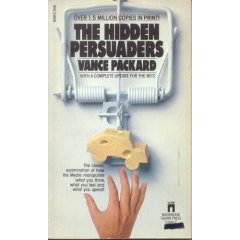 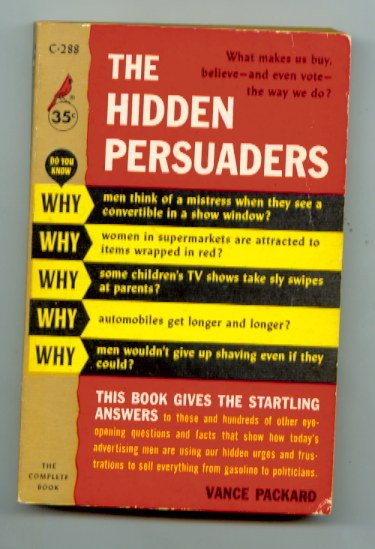 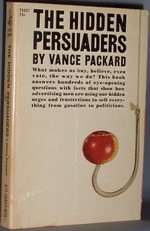 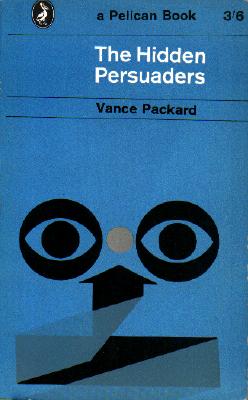