John Powers was a master copywriter whose style and convictions influenced the world of advertising.

Powers began writing advertising before 1870, first in England and later in the U.S. In the early years of his career, while selling the Wilcox and Gibbs sewing machine in England, he pioneered the use of many new marketing devices. Advertising in the form of a story or play, the use of odd type displays, the introduction of free trial uses of a product and the promotion of an easy payment plan are examples of Powers' innovation.

After working as the publisher of The Nation, Powers began writing ads for Lord & Taylor, where he perfected what became known as the Powers' style. In his advertisements, he used simple and direct language aimed at the average man. His copy employed the use of a narrative and his headlines were often limited to one to three-word headlines. For many of his Lord & Taylor ads, Powers limited his copy to a mere 100 words, never using illustrations or fancy adornments. His philosophy was that "The commonplace is the proper level for writing in business, where the first virtue is plainness, "fine writing" is not only intellectual, it is offensive." His advertisements were so effective that John Wanamaker hired him to write for his department store, where Powers brought in large sums of money.

Powers also stood for truth in advertising at a time when honesty was not upheld as a virtue of industry. He often would tell the literal truth. One advertisement written for Wanamaker's said, "We have a lot of rotten gossamers and things we want to get rid of." Another for neckties read, "They're not as good as they look, but they're good enough â€" 25 cents." While this method of advertising was successful, it often caused tension with his employers. In 1886 Powers left Wanamaker's to become a freelance copywriter for such national companies as Beecham Pills, Vacuum Oil, Scott's Emulsion and Murphy Varnish.

John Powers helped to highlight the importance of copywriters, raising their role in agencies across the nation. Prior to Powers' work, few agencies had their own copywriters. However, the skills exhibited by Powers and the effectiveness of his work made many reconsider their position.

His talents and skills were so incredible and his influence on the advertising industry and the next generation of copywriters so strong, that Printer's Ink wrote, "Powers was the first advertising writer, judged by the calendar, by achievements and by price. Few, if any, of his contemporaries came anywhere near him in ability...There were two kinds of advertising - Powers' style and all the rest."

Called the father of honest Ad was an innovative advertising man with pride and independence, who told only the truth in his copywriting and talked back to his employers. In the beginning of modern advertising, his fame increased and his unique writing, called 'Powers Style'', which equals to direct/actual copy and the importance of content instead of manner, became the new fashion in advertising circles.

Introduction In the late 19C situation when the modern advertising began, why John E. Powers pursued the honest advertising.

His personal life is in the grand enigma but his writing was Innovative and Independent.

Publishing & promoting the Nation, he combined his keen sight into principles of copy, type and layout with his marketing experiences

While writing for Lord & Taylor Department Store, he developed the new physical appearance as well as the new copy to attract people.

His writing for the Wanamaker department store mainly focused on honest ad message which contributes to leading new version of ad copy in the late 19C.

Powers was an innovative adman with pride and independence, who told only truth in advertising. His writing, known as 'Powers Style', also influenced other copywriters. 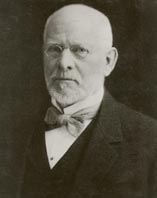