The feature article in the January, 1982 issue of New York Magazine was headlined "The Hottest Ad Agency in Town". The agency was Backer and Spielvogel and Backer was described as "a creative legend in the business ... though few people know what he looks like ... everyone knows his work."

After prep school in Virginia and two years in the Navy, Backer graduated from Yale in 1950 and after three years of writing jingles and selling real estate, he joined McCann Erickson as a trainee in the mailroom. It was there and at Young and Rubicam that the Backer brand of advertising began. As he later on explained in a book he wrote, called "The Care and Feeding Of Ideas", he looked for basic needs or wants in peoples' lives that were bigger than the product, but which the product could help satisfy and in doing so, grow in importance. The early efforts included, "Little girls have pretty curls, but I like Oreo," and "I'm not talking while the flavor lasts." (Beech Nut Gum). But it was when Backer pointed out to the world that "Things go Better with Coke" and put that promise to contemporary music, that his career took off.

Backer then began to compose a series of original 60 second songs about situations that went better with Coca Cola. He called them "song form" commercials, had them performed by the leading pop singers of the day, and used the tracks in both radio and television. One of them became, arguably, the most famous commercial of all time. In it, the first ever united-chorus-of-the-world sang, Coke in hand, "I'd Like to Build the World a Home ... I'd Like To buy the World a Coke, etc." Backer then went on to name American's beer drinking time "Millertime". He reserved special occasions for Lowenbrau with "Here's To Good Friends, Tonight is kind of special". And he had Campbell's Soup join the good food category with "Soup Is Good Food". All of which he put to music and lyrics for both TV and Radio.

Unable to come up with music and lyrics for a new beer, Miller Lite, he cobbled together a tough guy script to be used as a short term introduction in a few test markets. The results were successful and as a result, the Miller Lite All Stars, with their famous argument of "tastes great" versus "less filling", became one of the longest lived and best liked campaigns in the history of advertising.

In the late 70's, Backer became disenchanted with being vice-chairman and creative director of a big agency. He felt his duties were taking him too far away from what he entered the business to do ... ie., create, help shape, and promote advertising. He left McCann and while mulling over the idea of opening a select "creative" music company, he ran across another McCann resignor, Carl Spielvogel. The result, after much talk and many more meetings, was what Backer termed "a return to the classic agency." Backer and Spielvogel, was launched June 18, 1979 with a promise to all future clients that it was to be an agency where any and all principles would be "hands on" workers at the Client's business, rather than their own.

To quote New York Magazine ... "Backer and Spielvogel became the fastest growing agency in ad history. In two years, a name that hadn't even figured in the agency rankings before, was listed as the twenty-ninth largest among U.S. Agencies worldwide and billed more than 200 million." That figure had become nearly $500 million when the agency sold itself to Satchi and Satchi seven years later.

William M. Backer, the author of ''It's the real thing'' for Coca-Cola and the mastermind of the ''Tastes great/less filling'' campaign for Miller Lite beer, has been elected president and worldwide creative director of Backer Spielvogel Bates Worldwide.

Mr. Backer called the move, which had been expected, a ''symbolic signal,'' for he is merely returning to the positions he held at Backer & Spielvogel, the agency he co-founded in 1979 with his old colleague from McCann-Erickson, Carl Spielvogel. But when Saatchi & Saatchi merged B.&S. with Ted Bates Worldwide in 1987, the presidency was filled by Donald Zuckert. Mr. Zuckert recently left, allowing a creative person to step into the agency's No. 2 position.

''This is basically saying to the world that Carl's going to be the manager, and I'm going to be the creative director, the way we started in a hotel room 10 years ago,'' Mr. Backer said.

Mr. Backer said that Backer & Spielvogel's merger with the much larger Bates had not signficantly altered his professional habits. ''I still stay close to the clients I've always been close to - Miller and Magnavox, for example - plus some new ones from Bates, like Prudential,'' he said.

He does have at least one new goal: to help the former Bates international offices that are now part of B.S.B. assimilate the old Backer & Spielvogel message, ''The biggest little agency in the world.'' 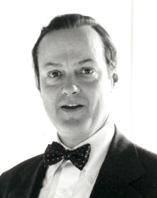