Raymond Rubicam's innovative leadership and creativity led many to recognize him as "advertising's statesman."

As a young copywriter for N.W. Ayer and Son, Rubicam was responsible for some of advertising's most memorable pieces. Steinway's "The Instrument of the Immortals," Squibb's "The Priceless Ingredient," and Rolls-Royce's "No Rolls-Royce has ever worn out," were highly successful slogans which made him one of the industry's leading copywriters. While he enjoyed considerable success at N.W. Ayer, he felt that the agency failed to emphasize the importance of the creative artist in advertising. Rubicam, seeking to create an agency that valued artistic and creative talent over business, joined with James Orr Young to found Young & Rubicam in 1923.

Rubicam's skills and his recruitment of the industry's most talented specialists propelled Young & Rubicam into the forefront of advertising. David Ogilvy credited Rubicam with assembling "the best team of copywriters and art directors in the history of advertising," whose advertisements "were read by more people than any other agency's." The agency represented many of America's leading companies, such as Gulf Oil, General Electric, Johnson and Johnson, Fortune, Life and others.

While Raymond Rubicam's emphasis on creativity was innovative in itself, his philosophy and copywriting approach revolutionized the industry. He believed that an advertisement should "mirror the reader." Knowledge and understanding of the customer was a critical component of effective advertising. With the help of Dr. George Gallup, Rubicam pioneered new methods of consumer and media research. Young & Rubicam was the first agency to use scientific telephone sampling and totest audiences to measure the success of commercials and advertisements. The agency was also one of the first to produce their own programs, often integrating commercials into radio shows. The development of the "sequence-picture copy" was another Rubicam innovation. His was the first agency to use comic strips as a medium for advertising, creating "Mr. Coffee Nerves" for Postum and "Little Albie" for Grape-Nuts.

Under his direction, Young & Rubicam made significant contributions to the war effort during WWII. The agency donated its time and resources to the War Advertising Council, the Treasury Department on War Loan Drives and to the Department of Agriculture for farm labor recruitment campaigns. Independently, Rubicam served as a special assistant to the War Manpower Commission, director of United China Relief, and later as a member of the Committee for Economic Development. The CED worked to support the United States during the war and significantly influenced policy following its conclusion.

Rubicam also occupied several positions in the business world and contributed to the development of his community. He served as the director of the New York Life Insurance Company, Bates Manufacturing and Valley National Bank.

Raymond Rubicam was born in Brooklyn, New York on June 16, 1892.He was the youngest of eight children of two old Philadelphia families, German Lutheran on his father's side, French Huguenot on his mother's side.After his grandfather passed away, the family lost itsimport-export business, leaving his holdings to his deceased wife's sisters.Therefore, hisfather became a trade journalist.His mother contributed poetry to Godey's Lady's Book.His talent of writing came from his parents.

After the death of his father, the family were scattered to various parts of the United States.Raymond stayed with a sister in Ohio, a brother in Texas, and mainly with his brother Harry in Denver.These environments made him unruly boy in trouble at school.He had done odd jobs since he was eight to help the family, and his school education ended at fifteen when he took a full time job as a shipping clerk's helper at $5 a week.

For the next eight years, he worked at numerous jobs and in his spare time, he studied and nurtured an ambition to become a writer.With O.Henry for an exemplar, he decided to take to the road to know the people of America.At nineteen, he set out for Germantown.He earned his way to Philadelphia over the course of a year by working as a bellhop, theater usher, movie projectionist, door-to-door salesman of colored enlargements of family portraits, and general hand on cattle cars.

Raymond had hoped to study law but he couldn't afford a college education.So his ambition turned toward writing.After came back to Philadelphia, a home he had barely known, he started writing short stories at his age of eighteen after the fashion of O. Henry.Although he was still young, he applied to every city editor in Denver for a reporter's job.A number of freelance stories he had written won him a job as a newspaper reporter with the Philadelphia Inquirer.

While working in nearby Philadelphia as a newspaper reporter at $12 a week, he sent two of his stories to the then-famous writer, Gouverneur Morris seeking advice.Gouverneur analyzed the stories and gave his opinion that Raymond could become a successful writer, butadvised him to stop writing fiction until he became more mature.In correspondence that lasted a year, Gouverneur directed Rubicam in a course of reading and writing.Rubicam later termed the help "one of the most generous things a man could do for a complete stranger" (Current Biography, 1943).

When Rubicam wanted to marry, he decided to seek a job that would pay more than the $12-a-week he was earning as a reporter.He therefore left his newspaper job and became an automobile salesman.He was good at sales but he didn't like it.For the first time of his life, he heard of advertising as a special business in a special world of its own.It would fulfill his need to write and to support a wife.This is the point that led him to the advertising world.

In 1916, he began his career as a copywriter at F. Wallis Armstrong Company.In 1919, he accepted a better position with N.W. Ayer & Son.In 1923, he cofounded Young & Rubicam.He retired at the age of 52, and went to live in Arizona, where he speculated in real estate and served as a consultant to Campbell Soup Company.He was a director of the Valley National Bank and Arizona Bancorporation, and also a large land investor and land owner in the Phoenix area (Kingman, 1978).He was a founder and part owner of the Paradise Valley Water Company and a founder of Tower Plaza Shopping Center.He was a director of the American Institute for Foreign Trade, an officer and director of the Phoenix Symphony Orchestra Association, and one of the founders of the Paradise Valley ImprovementAssociation.

He married two times.On November 30, 1916, he married Regina McCloskey.By his first marriage, which ended in divorce in 1939, he had three daughters-Kathleen Bodine, Jane Collins, and Anne Wilson Rubicam.On September 16, 1940, he married the former singer and actress, Bettina Hall, who sang leading roles in the American Opera Company and later in such musical comedy favorites as the Cat and the Fiddle and The Little Show during 1928-39.They had two children, a son and a daughter - Stephen Merril and Joan Wister.

...
In those days with the Armstrong agency, Rubicam worked under almost sweatshop conditions.As an unreformed nineteenth-century adman, Armstrong gave his attention to space buying and nicking the corners off his contracts.Armstrong thought copywriting was a necessary evil in the preparation of ads and was a tyrant to his employees.Nevertheless, Rubicamlearned his craft with the help of his fellow copywriters and by studying advertisements created by the J.Walter Thompson agency.Rubicam wrote copy for Girard cigars, Blabon linoleum, and Victor Talking Machines which brought him raises and bonuses, and better position in N.W. Ayer & Son.

In 1919, he moved to N.W.Ayer & Son, the largest advertising agency then.AtN.W.Ayer & Son, he wrote campaigns including Steinway's "The Instrument of the
...
this period, Rubicam brought John Orr Young to Ayer, a former colleague andaccount man at Armstrong.Young had entered advertising as a copywriter underClaude Hopkins at Loard and Thomas in Chicago after completing two years ofcollege.He had an expansive, gregarious personality and the two men and theirfamilies became close friends.

When Wayland Ayer died in 1922, advertising was still much same as it was whenRubicam entered the field in 1916: the era of super salesmanship, larger ads, andlarger circulations, and concentrated on "dominant space."Confined to print media,advertisers saw success in making bigger ads and running them in publications withthe largest circulations.However, Rubicam believed that what was said and how itwas said were more important than mere quantity.

Although Rubicam was a major factor in his agency's growing success and hadbeen given an overnight 50 percent raise to $12,000 a year, the agency passed overRubicam and named an older, better-connected, less able man as copy chief (Fox,1984).No one from the creative departments had ever been elevated to a partnershipat N.W. Ayer, because the agency apparently had not yet come to full recognition ofthe importance of art and copy.Rubicam decided to leave.In 1923, Rubicam and
...
In the spring of 1923 Raymond Rubicam and John Orr Young decided to start theirown agency, Young & Rubicam in Philadelphia.Rubicam was 30 and Young was37. Young had his own philosophy of salesmanship: "I never felt that bird-of preyinstinct which has motivated some salesmanship to outstanding success.I tried tolet the prospect sell himself".With his own recognized creative ability,Rubicam gave more credit to the creative artist.His agency's advertising would putmore emphasis on skill and less on bulk.The partner agreed that at Y&R thecreative people and those who supported and made their work effective were to becredited as same as the account men. 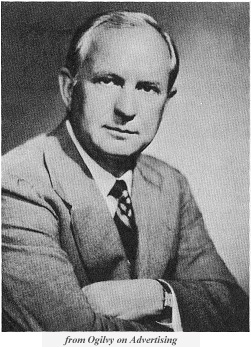 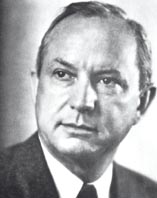 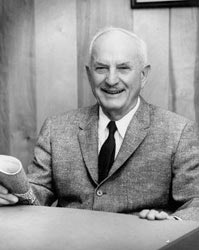 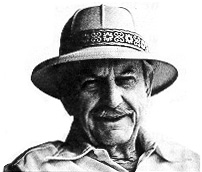