Bruce Crawford, who surprised the operatic community with his announcement Friday that he was resigning as general manager of the Metropolitan Opera, is leaving to become the chairman and chief executive officer of the Omnicom Group, the world's second-largest advertising agency.

Mr. Crawford, who is 59 years old, was the chairman of BBDO Worldwide, one of Omnicom's component agencies, in 1985, when he accepted the offer to run the Met.

At Omnicom, Mr. Crawford will replace Allen G. Rosenshine, who has led the group since 1986, when it was formed by the merger of BBDO International, the Doyle Dane Bernbach Group and Needham Harper Worldwide.

That combination, one of the first in a series of so-called megamergers that transformed the advertising industry in 1985 and 1986, created an agency holding company whose combined worldwide billings last year were $6.25 billion, according to Advertising Age magazine. That is second only to the combined billings of the agencies owned by Britain's Saatchi & Saatchi Company. Met's Financial Stability

Mr. Crawford's stewardship of the Met was marked by the opera's return to financial stability. The Met had an $8 million deficit in 1984, the year he was elected its president and a year before he became general manager. That deficit has been eliminated.

''What I'm happiest about, in terms of my service at the Met, was my ability to put it on a sound financial basis,'' Mr. Crawford said yesterday. ''But more importantly, we were able to give resources to the artistic operation and enable it to grow.''

At BBDO, Mr. Crawford had a reputation as a gregarious man and a decisive financial manager who helped to build the agency's international business.

His return to the advertising business, in which he had worked for 30 years, 22 of them at BBDO, was initiated by Mr. Campbell, who told Mr. Rosenshine in September of his desire to retire and return to his native Texas.

Mr. Rosenshine, a former copywriter who had worked with Mr. Crawford, said that a few days later he tentatively asked his former mentor about returning to Omnicom. To his surprise, he said, Mr. Crawford indicated a willingness to return to the agency business.

''With Bruce's availability and Norm's desire to retire, this became an irresistible solution to me,'' Mr. Rosenshine said.

He said he wanted to return to running an agency, rather than an agency holding company, because ''I can get emotionally and intellectually worked up when I'm making a presentation to clients.''

''It's difficult for me to get worked up doing a road show trying to sell debentures,'' Mr. Rosenshine said. 'I Will Do Very Well'

Mr. Crawford has told the Met he can remain with the opera until April 1. A spokesman for Omnicom said he expected Mr. Crawford's salary would be $750,000 a year, the same as Mr. Rosenshine's. Mr. Crawford, whose salary at the Met was reportedly $300,000 a year, would not comment, other than to say, ''I will do very well, and extraordinarily well if the company is successful.''

Although Mr. Crawford left the agency business before the megamerger boom, one leading Wall Street analyst, reached at home yesterday, said he expected the financial community to react favorably to the changes at Omnicom, a publicly held company. Rise in Omnicom's Net Profits

''This is going back to business as usual,'' said Charles G. Crane, a communications industry analyst at Prudential-Bache Securities. ''I'm sure Bruce Crawford has been kept in very close contact about the agencies and the group. I wouldn't expect him to change the strategic course of Omnicom, which has been smooth.''

Last week, Omnicom reported that its net profits for the third quarter of 1988 were 25 percent larger than for the same period a year earlier. Most of the company's growth has come from an increase in billings overseas.

As head of Omnicom, Mr. Rosenshine oversaw the combination of three agencies with distinct reputations. BBDO, one of the nation's oldest advertising agencies, has long been known for its ability to provide a broad range of services to a list of blue-chip clients that include the General Electric Company, Lever Brothers and Apple Computer.

In recent years, under the stewardship of its New York chairman, Philip B. Dusenberry, the agency has also gained a reputation for creating blockbuster commercial events, most notably its spots for Pepsi Cola starring the pop singer Michael Jackson. Situation at Omnicom

Doyle Dane Bernbach and Needham Harper Worldwide had also been known for their creative work. Doyle Dane's reputation was for a kind of intellectual humor with a New York edge, exemplified by its famous print ad for Volkswagen headlined, ''Think Small.'' Needham, in contrast, specialized in a more musical and middle American creativity, represented by the theme the agency created for the McDonald's Corporation, ''You deserve a break today.''

But the merged agency network, DDB Needham, whose major clients include Anheuser-Busch and General Mills, ''doesn't have the creative reputation that Doyle Dane or Needham had during the pre-merger heyday,'' said Mr. Crane, the analyst.

Another problem for Omnicom is its third component, Diversified Agency Services, which comprises about 20 businesses in the field of ''non-media'' communications, including sales promotion and direct mail. Mr. Crane called it a ''catchall basin for pieces that didn't fit anywhere else in Omnicom.''

Mr. Rosenshine said he thought the situation at DDB Needham had been ''stabilized.'' But he added that ''the leverage for Omnicom is not only BBDO continuing on its path but making something more out of DDB Needham and Diversified Agency Services.''

Photo of Bruce Crawford, who has resigned from the Metropolitan Opera to become chairman of the Omnicom Group. (NYT/Dith Pran)

Correction: November 20, 1988, Sunday, Late City Final Edition An article on Nov. 6 about management changes at the Omnicom Group of advertising agencies misstated the company's ranking. It is the world's third-largest advertising-agency group. The second-largest is the Interpublic Group. 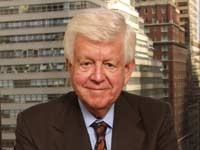