Allen Rosenshine has been recognized by Advertising Age as one of the 100 most influential people in advertising over the past century. In 1986, he spearheaded what Time magazine called advertising's "big bang"-the creation of Omnicom Group, now the largest and most successful marketing communications companies in the world. At the time, Allen was head of BBDO Worldwide, which came together with Doyle Dane Bernbach and Needham Harper to create this unique merger of three major advertising agencies.

Rosenshine was the first chief executive of Omnicom. In his three years, Omnicom billings grew nearly 30 percent to $6.3 billion by early 1989.

Rosenshine then surprised the industry by bringing Bruce Crawford, his predecessor at BBDO, back to the business to replace him at Omnicom. Rosenshine returned to BBDO, which he had continued to oversee as an Omnicom subsidiary, as chairman and chief creative officer. He explained that unlike the agency business, running a public, finance-oriented holding company was not what he knew or loved.

Rosenshine joined BBDO in 1965 as a copywriter and came up through the creative ranks to become the BBDO New York creative director in 1975. In 1980, he became president of the New York agency and in 1985, he was named chief executive officer of BBDO Worldwide. In 2004, he turned over the CEO responsibility to Andrew Robertson, the network president. Rosenshine retired at the end of 2006 but remains involved as chairman emeritus.

Under his leadership, BBDO was selected "Agency of the Year" in 1982, 1984, 1993, 2000, 2001 and 2005 by various industry publications, with 2005 the first time one agency had been honored by every major advertising magazine in the same year. Equally important, in The Gunn Report, which has tracked all major advertising awards globally starting in 1999, BBDO has ranked first five times and among the top three award winners every year, far and away the best record of creative achievement by any agency.

Beyond BBDO, Allen Rosenshine is widely recognized as an advocate for advertising agencies and has been involved in a broad range of industry associations and activities. He was president of the jury at the 1991 International Advertising Festival of Cannes, considered the most prestigious of the industry award shows. He has served on the boards of directors of both the American Association of Advertising Agencies and the International Advertising Association. Rosenshine is currently a member of the creative review committee of the Advertising Council and has been on its board and executive committee. He is a trustee of the Connecticut Chapter of the Nature Conservancy and a board member of Business for Diplomatic Action, an organization dedicated to promoting positive perceptions of America globally through public diplomacy.

In addition, Rosenshine is a founding member of the Partnership for a Drug-Free America, also serving as chairman of its creative review committee since its inception in 1986 and is on their board and executive committee. He is now vice chairman and executive creative director of the organization, a volunteer position he has held in addition to his BBDO responsibilities.

Finally, Rosenshine has written a book entitled Funny Business: Moguls, Mobsters, and Megastars and the Mad, Mad World of the Ad Game, published in July, 2006-a collection of humorous stories from his experiences in the world of advertising and business.

Rosenshine was born March 14, 1939, in New York City and graduated from Columbia College. He taught at Brooklyn College and worked as a copywriter at J.B. Rundle Advertising, a business-to-business agency, before joining BBDO.

He is married, has four children and two grandchildren and lives in Manhattan and Lyme, Conn. 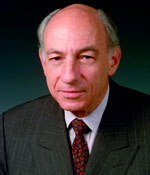 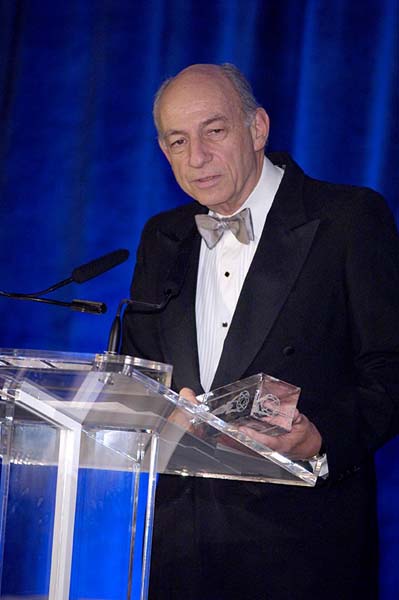 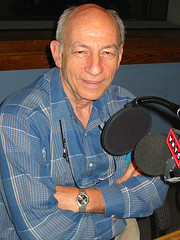 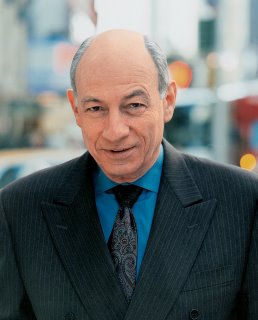 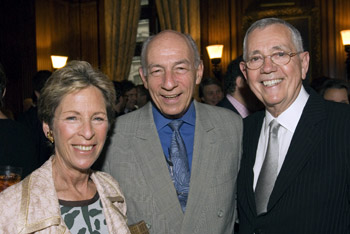 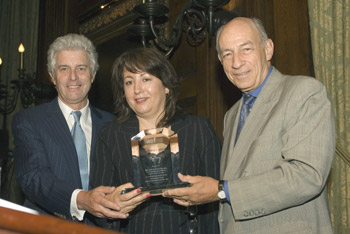 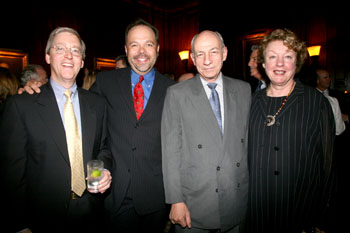