Known for her exceptional style and charisma, Mary Wells Lawrence made Wells Rich Greene into a creative powerhouse that reigned for more than 30 years. Her star quality certainly rocked Madison Avenue, but more importantly, her intelligence and substance forever changed the advertising industry.

Before founding her agency, Lawrence was a senior partner at Jack Tinker and Partners, where she brought about "The End of the Plain Plane" by painting airplanes for Braniff and dressing the airline's hostesses in daring Pucci uniforms. She also directed a campaign with whimsical commercials for Alka Seltzer including "Alka Seltzer on the Rocks" and "Whatever Shape Your Stomach's In" a commercial of funny vignettes, both of which changed the way the public viewed the product and revolutionized that industry. It was also at Tinker that she promoted taking two Alka Seltzers rather than one for better relief and quickly doubled its sales. This idea was used by her own agency, Wells Rich Greene, with great success in the long-running "Plop Plop Fizz Fizz" campaign.

Lawrence's extraordinary talent attracted a roster of blue chip clients such as Procter & Gamble, Ford Motor Co. and Ralston Purina which had been the exclusive province of the male-dominated advertising industry. Under her direction, Wells Rich Greene created some of the most famous advertising slogans ever crafted: "I Love New York," "Quality is Job 1," "Try It, You'll Like It," and "I Can't Believe I Ate the Whole Thing," to name just a few.

She broke every rule in the book for packaged goods, service businesses and automobile advertising. Her longtime interest in and knowledge of the theater and acting led her to change the industry's approach to the television commercial. She introduced film and theatrical techniques, turning the television commercial into a mini-movie: 60 seconds of visual entertainment with the product as the star.

Long before people were called strategic planners, Lawrence was visiting the client's factory, checking out retail stores, reading sales reports and analyzing stacks of consumer magazines for trends and ideas.

In 1969 Advertising Age named her one of the top 10 newsmakers of the 1960s. Quite an accomplishment considering she did not start her agency until 1966. She also was inducted into the Copywriter's Hall of Fame. Her impact was so profound that she was selected by Vice President Rockefeller to be a member of his Commission on Critical Choices for America. President Ford invited her to become a member of the President's Council on Inflation, and he selected her to represent Business at the Economic Summit in Washington, D.C.

Also in 1969 Lawrence was cited by Who's Who of American Women as one of the 11 women who have made a significant contribution to society. Lawrence hired what she defined as the best and brightest to work at her agency and was never gender-biased in doing so.

She raised the standards of quality with a blazing originality that changed the very nature of advertising. Lawrence instilled in Wells Rich Greene a commitment to public service, which became rooted in the agency's culture and tradition. Lawrence left the industry in 1990 when she sold the agency to BDDP, a Paris-based international advertising network.

Mary Wells Lawrence (born Mary Georgene Berg in 1928 in Youngstown, Ohio, United States) is a retired American advertising executive. She was the founding president of Wells Rich Greene, an advertising agency known for its creativity and innovative work, and the first woman CEO of a company listed on the New York Stock Exchange.

In the late 1940s, Mary Wells studied for two years at the Carnegie Institute of Technology in Pittsburgh, Pennsylvania. She relocated to New York City, where she studied theatre and drama, and had by 1952 become Macy's fashion advertising manager. Wells was a copywriter and copy group head at McCann Erickson in 1953, later joining the Lennen & Newell advertising agency's "brain trust." She began a seven-year tenure at the Doyle Dane Bernbach agency (now DDB Worldwide) in 1957. In her 2002 book, A Big Life in Advertising, Wells cited DDB partners James Edwin Doyle, Maxwell Dane, and William Bernbach as significant influences on her subsequent career.

Mary Wells' profile in the advertising world increased dramatically in the mid-1960s when her advertising campaign "The End of the Plain Plane" for Braniff International Airways was a critical factor in the airline's turnaround. She signed on Alexander Girard as project designer, Alexander Calder for aircraft paint schemes, and Emilio Pucci for uniforms for flight attendants and crew.

By 1969, Mary Wells was reported to be the highest-paid executive in advertising. She was selected by U.S. Vice President Nelson Rockefeller to be a member of his Commission on Critical Choices for America, and invited by U.S. President Gerald Ford to represent business at an Economic Summit in Washington, D.C.

Mary Wells stepped down as CEO in 1990 and the agency was sold to Boulet Dru Dupuy Petit (BDDP). After ceasing operations in 1998, Wells Rich Greene BDDP donated its archive of print and television ads to Duke University's John W. Hartman Center for Sales, Advertising and Marketing History.

A partial listing of Wells Rich Greene slogans (the first three were for Alka-Seltzer):

Born to a generation of women who eventually sought to change the landscape of American culture, Mary Wells came of age at a time and place when she could also reshape the world of American Advertising. Deborah K. Morrison. 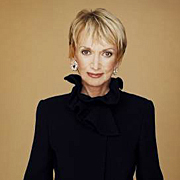 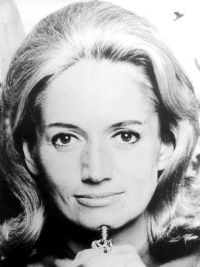 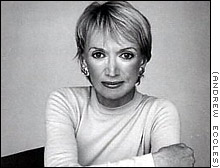 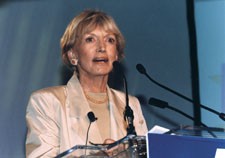 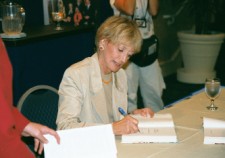