Years before Reality in Advertising, Rosser Reeves´ widely discussed book, became an overnight business best-seller in 1961, Reeves had dramatically and permanently impacted the way in which advertisers would use television to help build their brands, demonstrating a prescient understanding of the power of the then-fledgling medium. His advertising philosophies helped generate unprecedented success for many clients, as well as for Ted Bates & Co., the agency he helped found.

From the beginning, Reeves displayed a rare talent to create advertising with a distinct and unswerving point of view. He understood that advertising ultimately exists to sell products. As a copywriter, and eventually as chairman of on of the world´s most prosperous advertising agencies, Reeves approached the task of selling with an unmatched combination of enthusiasm and discipline.

Perhaps the clearest evidence of Reeves´ extraordinary vision remains his concept of the Unique Selling Proposition or USP. By any other name USP advertising would still be a simple fundamental idea that advertising works best when it focuses clearly and without distraction on a unique and compelling "reason why" to buy.

Reeves´ own selling genius turned this universal concept into an enduring USP for his own agency, as it did for so many legendary brands - Anacin, M&Ms, Wonder Bread, Colgate, Coors, Rolaids, Prudential, Arrid, Minute Maid and others. By the time of Reeves´ retirement in 1966, the Bates agency had grown to become the fifth-largest agency in the world.

Rosser Reeves (10 September 1910-24 January 1984) was a hugely successful American advertising executive and pioneer of television advertising. He believed the purpose of advertising is to sell. He insisted that an advertisement or commercial should show off the value of a product, not the cleverness of a copywriter. His most typical ad is probably that for Anacin, a headache medicine. The ad was considered grating and annoying by almost all viewers but it was remarkably successful, tripling the product´s sales. In 7 years the 59-second commercial made more money than the movie Gone With The Wind had in a quarter-century.

Reeves generated millions for his clients, the Ted Bates agency where he rose to chairman (existing today as Bates 141. The AMC program, Mad Men, uses Reeves as the model for the professional accomplishments of the series´ protagonist, Don Draper (Jon Hamm).

His ads were focused around what he called the unique selling proposition, the one reason the product needed to be bought or was better than its competitors. These often took the form of slogans - Reeves oversaw the introduction of dozens, some that still exist to this day, such as M&M´s "melt in your mouth, not in your hand." He argued that advertising campaigns should be unchanging with a single slogan for each product. His commercials for Bic pens, Minute Maid orange juice, M&M candies, Colgate toothpaste and other products used similar methods, often making dramatic demonstrations.

Reeves pointed out that to work, advertising had to be honest. He insisted the product being sold actually be superior, and argued that no amount of advertising could move inferior goods. He also disagreed that advertising was able to create demand where it did not exist. Successful advertising for a flawed product would only increase the number of people who tried the product and became dissatisfied with it. If advertising is effective enough and a product flawed enough, the advertising will accelerate the destruction of the brand. Similarly, Reeves believed it was a waste of money to claim uniqueness that doesn´t exist, because consumers will soon find out, and they won´t come back to the brand. This is important because historically fortunes are made from repeat business. Money would be better spent building some kind of meaningful advantage into a product before launching a costly advertising campaign to promote it.

Reeves advised clients to be wary of brand image advertising which is less likely to be successful than his claim-based strategy. This is because when communication relies on an image, the claim is unarticulated. An image can almost always be interpreted different ways, many if not most of which won´t do a product any good. The message that a viewer takes away from an image is often very different than what the advertiser had intended.

Or to put it another way: practically every product has a number of benefits that might be claimed. Commonly one of the benefits is more popular than the others, even more popular than the others combined. Therefore, it´s imperative to do everything to make people understand the most important benefit, to achieve credibility and to avoid distractions. The aim is to have as high a percentage of people as possible take out of an advertisement what the advertiser intends to put into it. This is most likely to be achieved if a claim is articulated and proven with credible evidence-in a brief commercial, some kind of dramatic demonstration.

Reeves expressed his views in his 1961 book, Reality in Advertising (Knopf). An interview with Reeves was included in The Art of Writing Advertising (1965). His greatest contributions were to express more clearly than anyone else the philosophy of a claim and to show how the philosophy could be applied to commercials that involve severe time constraints.

Reeves is also notable for creating Dwight Eisenhower´s presidential ads for the 1952 election. He packaged Eisenhower as a forthright, strong, yet friendly leader. The commercials all included a regular person asking a question to the upper right of the screen. They would cut to Eisenhower, not wearing glasses to look stronger, looking to the lower left and then turning to the camera and responding. They were created by letting Eisenhower speak for a number of hours. Then questions were crafted later that best fit his answers.

In the 1960s Reeves´ techniques began to fail. Consumers became more savvy and learnt to tune out uninteresting commercials, and within the advertising industry itself the Creative Revolution (exemplified by Bill Bernbach´s "Think Small" campaign for the Volkswagen Beetle), which rejected many of his precepts, began. At age 55 Reeves retired. He declared that he had always planned to retire at that age, but many felt it was because of the decline in his influence.

Reeves did not shy from questionable ethics, including using doctors to sell cigarettes. He came out of retirement in 1967 to form the Tiderock Corporation, which he described as a "think tank" for corporate business. One of its projects was a promotion in 1968 of a pro-smoking article by Stanley Frank published in True magazine. The promotion was paid for by the Tobacco Institute, who also paid Frank to write the article.

Reeves also wrote a well received novel, Popo, (Knopff Press) about a poet who leaves a life of material wealth to move to Greeenwich Village in New York City, to pursue his poetry, and also wrote The 99 Critical Shots in Pool to explain both Euclid and Sir Issac Newtons´ geometric proofs.

Born the son of Baptist Preacher in Virginia, he briefly attended The University of Virginia until he was expelled for drunkenly crashing a friend´s car during the Prohibition era. Luckily he had just won one hundred dollars as a prize for a state-wide chemistry contest that served as his final exam for first year Chem 101. While other students wrote novel chemical formula as their submission, Reeves, by virtue of not knowing anything about chemistry having spent the semester drinking, dancing and gambling, blithely submitted an essay titled "Better Living Through Chemistry". He would later use this title for DuPont campaign. The one hundred dollars was enough money to move to Richmond where he was hired at a new bank that was hiring young contest winners. Finding that he was horrible at accounting but verbally gifted he began writing advertisements. He soon moved to New York City to found Ted Bates & Co with Ted Bates. 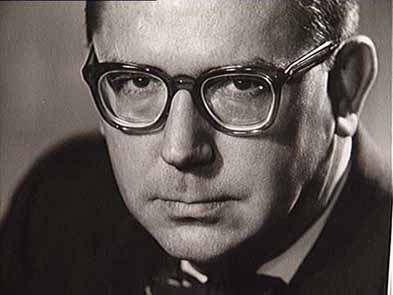 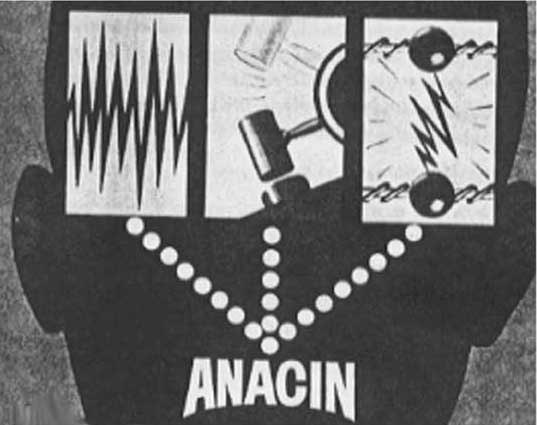 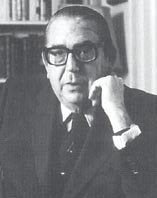 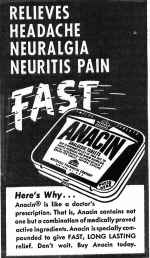